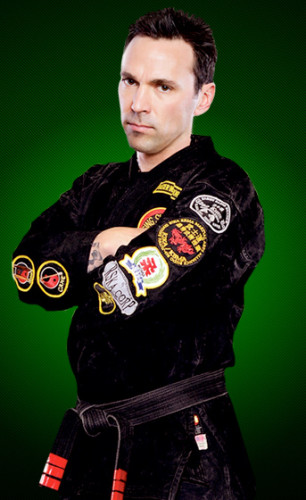 Hanshi Jason David Frank is an accomplished 8th degree black belt and an internationally recognized figure in the world of martial arts. His personal martial arts success story begins in 1978. At the age of 4, he began training at Red Dragon Karate under Shihan Louis D. Casamassa. This laid the foundation for his entire future. There, he learned the Codes of the Dragon, which he continues to pass down to his students today.
Kyoshi Frank earned his first degree black belt at the age of 12. After receiving his first black belt, he began instructing for Red Dragon. The training he continued to receive and the knowledge he gained from instructing others prepared him for the next step in his life. This step came at the age of 18 when he became owner of his own Red Dragon Karate, the same dojo he started at 14 years earlier.

During his time filming the “Power Rangers” television series and the two “Power Rangers” movies, Hanshi Frank began to look at the different styles of martial arts. During his study of the styles he came to the conclusion that there was not a determinate single style that was the definitive martial arts. In 1994 he created his own system called “Toso Kune Do.” The literal translation of the system is “Way of the Fighting Fist.” There are many different aspects of martial arts incorporated into Toso Kune Do.

In October of 1996, Hanshi was introduced to another successful martial artist who would become a lifelong friend: Shihan Rick Herbster, who was the owner of Rising Sun Karate Academy, a school located in New Jersey. After a visit to the school in May of 1997, RSKA Corp. was established.

Not only has Hanshi Frank trained with top martial artists, he has also been inducted into the Black Belt Hall of Fame and been awarded various awards for his excellence in Martial Arts, in 2013, Kyoshi Frank also became a Guinness World Record Holder. In January 2013, he broke 7 1-inch pine boards in freefall breaking a previous record of two pine boards broken. Hanshi incorporates martial arts into his everyday living.

Hanshi Frank has dedicated his life to the martial arts. Through the martial arts he has known the best things in his life and knows the impact that it can have on people’s lives. The desire of his heart is not only to continue to learn and grow in the art that has given him so much, but to share this with the world around him, so that they too may realize what martial arts is all about and what it can do for them.

Some of Kyoshi and Rising Sun Karate’s Awards and Accomplishments include:

Black Belt Hall of Fame Award – This award was given by Master Alan Goldberg in Atlantic City, New Jersey 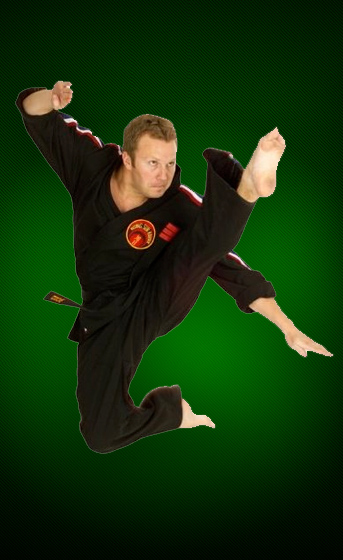 Master Randy Word has over 25 years of experience in Martial Arts and is currently a 5th Degree Black Belt under Kyoshi Jason David Frank. Master Word currently trains some of the top karate competitors in the country. He has trained 8 National Champions and a current US Karate Team member under USA Karate and also trains top competitors on the NASKA Circuit. Master Word has also worked as an 2nd assistant trainer with Boxing Hall of Famer Stan Ward and has assisted him with Jennifer “The Razor” Barber IFBA – Jr. Lightweight World Champion and Yakub Shdaev – Kyrguzstan National Champion. 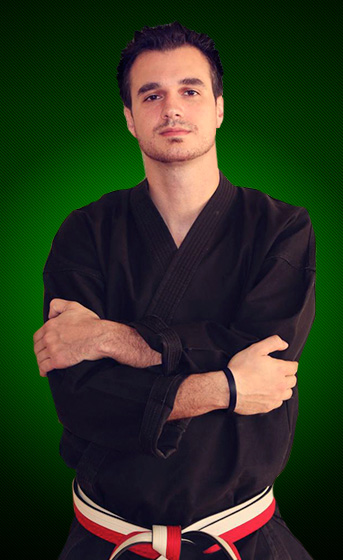 Renshi Sprague is a Senior Instructor for the Rising Sun Karate Academy. He Began working as the Program Director & Manager for The National Training Center at the age of 19. He is cross trained as an instructor in various martial arts classes including Karate, Boxing, Muay Thai, Judo, MMA, Weapons as well as Personal Development. He takes the time in his teaching to make sure that all students and staff both achieve their goals on all levels. As a leader of the academy he has coached Karate & Judo competition teams to bring many to the level of State Champions. And as the Rising Sun Karate Demo Team leader he has choreographed many successful martial arts demonstrations for charitable events and to spread the art of self defense. He continues to train to reach his goals both physically and mentally so that he may lead new and upcoming Black Belts to reach their highest potential.

Most Double Nunchaku Strikes
On A Bag In 1 Minute

Most Clay Sporting Targets
Broken By Nunchaku In 1 Minute

Most Walnuts Smashed
With Nunchaku In 1 Minute

Most Figure 8s With
Nunchaku In 1 Minute

Most Hits With
Nunchaku In 1 Minute 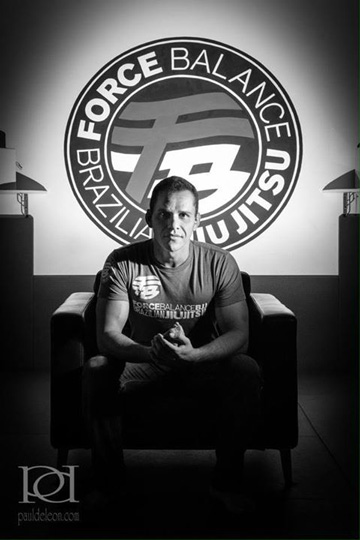 Steve Cardenas, a former “Power Ranger” and 5th degree black belt in American Tae Kwon Do & black belt in Brazilian Jiu Jitsu (BJJ) started training martial arts in his hometown of San Antonio, Texas at the young age of 12. At 14 he realized he wanted to teach martial arts and accepted an apprenticeship with mentor, Dennis Black. Black began teaching Cardenas the fundamental important lessons of instruction as well as the ins and outs of the “karate biz”. At age 16 Cardenas received a Black Belt in Tae Kwon Do, prompting him to teach multiple after-school programs to kids and teens. At 20 Cardenas moved to Los Angeles, California after an unlikely audition landed him the role of “Rocky the Red Power Ranger” on the TV series Mighty Morphin Power Rangers. Mighty Morphin Power Rangers is an American live-action children’s television series that saw overnight success, catapulting the show into pop culture notoriety in mere months.

Following a run making pop-culture history, Cardenas successfully ran martial arts studios in California and Texas and in 2009 started a kids-specific program at Hollywood BJJ studio in West Hollywood founded by actor and BJJ black belt, Sean Patrick Flannery. With 25 years of martial arts experience, Cardenas has also received many outstanding honors, including: two-time Silver Medalist at Copa Pacifica in 2009 & 2011, Gold Medal winner of the 2009 American National Championship, Bronze Medal winner in the 2010 American National Championship, Gold Medal in the 2010 Jiu-Jitsu Pro Gear Open, and Silver Medal in the 2010 No-Gi World Championships. Recently, he won Gold in both the Gi and No-Gi 2011 American Nationals and Gold in the 2011 No-Gi World Jiu-Jitsu Championships. Now, Steve not only focuses on working with kids in BJJ, but people of all ages and believes that the conditioning, discipline and respect that people learn from martial arts can be carried over into all aspects of their lives. 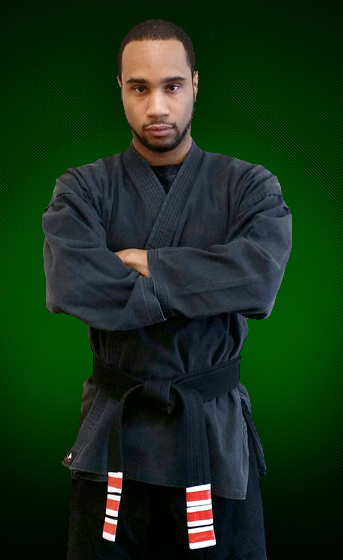 Sensei Jordan started training in the Martial Arts when he was 7 years old and has been in for over 15 years. Starting the Northern Shaolin Northern Praying Mantis style of Kung Fu and reaching the rank of 2nd Degree Jr. Belt Belt at the age of 13. In 2005 at the age of 15 he furthered his Martial Arts training by training under Kyoshi Jason David Frank by learning the various styles that Toso Kune Do has to offer, eventually attaining the rank of 3rd Degree black belt under kyoshi Frank. He is currently working on his Master degree. Sensei Jordan has an undying passion for the Martial Arts and is always eager to learn more, while also sharing that same passion he has with his students. He has since then ventured out with training in his other interest, attaining his Brown Belt in Judo and brief training in Capoeira, he hopes to one day be a Master at all of these styles and continue to grow and learn as many styles as possible. 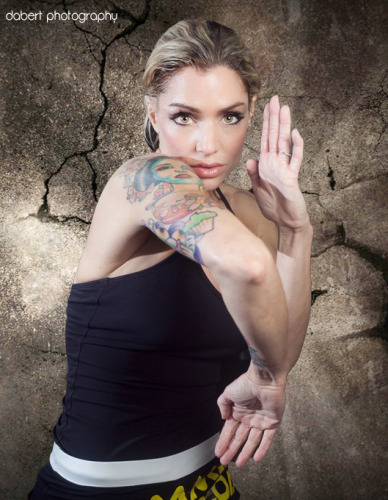 Kru Tammie Frank began her training in the arts for about 12 years ago under Kyoshi Jason Frank. Kru Tammie Frank, who loves Muay Thai, has fought under Grand Master Toddy and is a certified Muay Thai trainer and Kru under the MTIA (Muay Thai International Association) and the Thailand government. In February 2013, Kru Tammie Frank had her first fight in Bangkok, Thailand, which she won in the first round by TKO. Kru Tammie’s has shown an unprecedented dedication to helping people, especially children, learn the secret arts of Muay Thai.

A mother of two and wife, she is passionate about maintaining a healthy and fit lifestyle. Due to this passion, Kru Tammie Frank focuses on helping people reach their fitness goals. Whether Kru Tammie is teaching children or adults, it is clear that her instructing abilities and skills are essential to anyone learning martial arts. Kru Tammie is currently the co-star of My Morphin Life and the manager of all the Rising Sun Karate schools. 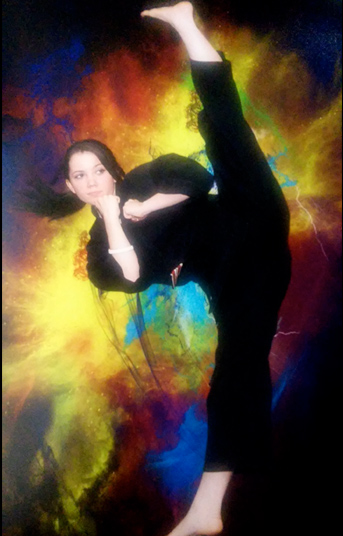 Sensei Caitlin Ellis (2nd Degree Black Belt) is 2nd Degree Black Belt in the art of Toso Kune Do. She has been actively involved in the martial arts since she was 8 years old. Through years of diligent training and moving up in status at the academy, she has become one of the newest and youngest Senseis to be on the mat. Over the years, Sensei Caitlin has achieved various competition awards through Karate & Judo competitions. Her influence at the dojo is felt by all students and instructors alike. 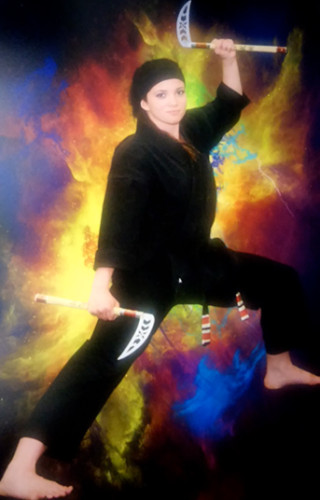 Sensei Chelsey Ellis (2nd Degree Black Belt) is one of the youngest members of the R.S.K.A. staff. after years of training and acheiving the level of 2nd degree Black Belt, she continue to grow in the Martial arts as a student and a teacher. Her experiences have led to her to become a great leader and role model to the youth of R.S.K.A. After years of Karate & Judo competitions her skill as a Black Belt is wonderful asset to the Rising Sun Team.